Today just happens to be my one year anniversary working for my current employer. (I won't mention the name of the company, but I will say it bears a striking resemblance to the flagship company of Eureka, OR). Now, like most folks, I started on a Monday. Today, (for those of you who may be temporally impaired) is Tuesday. I have often thought how the days of the week for a given date change from year to year. If you're interested in this (and aren't afraid of a bit of math), read on.

I now digress into some mathematics. Pay attention - there will be a quiz later. There are 365 days in the year. If you divide 365 by 7, you'll get a remainder of 1. In Mathematics, we say this more concisely by saying 365 is 1 mod 7. Thus, over the course of the year, each week will advance by 1 day. This means that since October 5 (again, for those temporally impaired, this is today) is a Tuesday, next year it will be a Wednesday.

So, time for the quiz. (You thought I was joking, didn't you?) Question 1: If November 22nd is a Monday this year (which, it just so happens to be), what day will it be next year? If you answered Tuesday, you would be correct. Question 2: We already discussed that October 5th next year will be a Wednesday, but what will it be in 2012? Thursday? WRONG. It's actually a Friday. Yep, yep... I know I told you that 365 was 1 mod 7, and that this meant there was an extra day each year than was accounted for in a week, resulting in the weekday advancing by 1, but what you failed to realize if you answered Thursday is that 2012 is a leap year. This, of course, means that February has 29 days. (Seriously. Look it up on Wikipedia if you don't believe me. Every fourth year has 366 days). So, we have the following formula:

A little more complicated now, eh? Basically, what all of this nonsense is saying is that February 28 is the 'pivot point' for a year, in terms of the day of the week. Anything before February 28 on a leap year will stay consistent with the formula we discussed in the very beginning, but this means that it catches up the following year.

Still, this isn't magic. Anyone who's ever taken an introductory Computer Science course, or a course in Number Theory (possibly Discrete Mathematics) has probably seen this before. But now I diverge from my mathematical analysis and ask the question that has been plaguing me lately:
Who the hell chose February to have the 'leap day', and why?

It seems more logical that the calendar would have a December 32nd as a leap day. That way, everything would stay consistent from year to year (I'm actually glossing over a few things. Determining whether a year is a leap year is easy, but not as easy as simply determining if the year is evenly divisible by 4. This is partially because an actual solar year is a bit less than 365.25 days exactly. For more information, see the Wikipedia entry on leap years). But, it offsets the entire rest of the calendar by one day! So, why not minimize this chaos and simply choose it to be at the end of the year?

Well, if you read the long story about how the Roman calendar was developed that is given (in excruciating detail, I might add) on the aforementioned Wikipedia page, and are actually able to get through it without losing consciousness and slipping into a deep slumber likely to last until the next ice age, you'll probably get something along the lines that an 'intercalary month' was inserted between February and March each year, prior to 45 BCE. At that time, Julius Caesar took it upon himself to invent what we now know as the leap year.

So, this still doesn't really answer my question... Why February? It seems clear that Caesar chose to make February have 29 days instead of 28 due to the fact that the intercalary month was between two parts of February, but why was this the case? According to the Wikipedia entry on the Roman Calendar, the Roman Calendar was originally a lunar calendar. 57 days were added to an original 10-month calendar to create January and February. February was given 28 days, whereas January was given 29 days. Romans apparently considered even numbers unlucky, and since February was the month of purification, it seemed appropriate. February was actually split into two parts, with each part having an odd number of days. The intercalary month was inserted "from time to time" to keep the seasons equivalent to the man-made calendar. The first part of February was the end of the religious year.

So, it seems the holy-holies (as my father would say) were the instigators of adding a day to the end of the 'year'. It's a practice that still is held to this day (although in a bit different form). But, why retain this tradition for such archaic reasons? I propose that we abolish this Roman nonsense and simplify things by moving to the Scott Calendar, which is identical to the current Gregorian Calendar, except that December has 32 days on a leap year, instead of February having 29. While we're at it, perhaps we should even out the days of the months a little more, also. 364 is evenly divisible by 28, so let's make 14 months of 28 days each, along with one month (the last) having 29 days. Also, the last month then would have 30 days on a leap year.

Ok, so perhaps this idea is a little half-baked. But still, could we actually utilize some sense before mindlessly accepting traditions? Come to think of it, this reminds me of the time a friend of mine and I created an extra day to the week, 'Nepday'. But, that is a tale for another day...

During June and July, I was out in Mountain View, CA, at the Mozilla Corporation (and Foundation) headquarters, learning all I could about the process of creating Mozilla products. In June of this year, I chose to leave General Dynamics Advanced Information Systems to 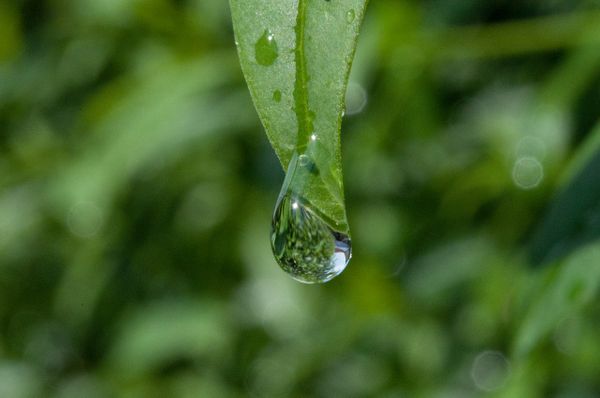 A photograph is a single, frozen moment in time. The person or people who view that photograph do so out of context - there is no possibility of viewing that time either before or after that single moment. Just that single millisecond.